THE HISTORY OF ALTUS HIGH SCHOOL

﻿Since 1891, the Altus School District has been educating children for the future. At that time, Altus was a part of Old Greer County, Texas. Oklahoma was not yet a state. The Altus Schools’ colorful history begins 123 years ago, shortly after a flood destroyed the nearby town of Frazer. The settlers of Frazer met the day after the flood and decided to form their new town on higher ground and thus formed Leger, which later would be called Altus. Moving the entire town of Frazer two and a half miles to the east, the townspeople planned to build a school from the beginning.

On the 600 block of North Hudson Street, the first school in Leger/Altus was built. Workers carted the materials for the small wooden building from Vernon, Texas. Around 40 children attended school in that first building, which was also used as a church. Later, a windstorm destroyed the building and all of its contents. Undaunted, the citizens of Altus erected a new school on a block of land between Elm and Cypress streets in the year 1900 on the present site of Washington Elementary School. Some believed the fire was caused by a group of boys who did not like the idea of school interrupting their freedom. If those boys thought obliterating the school would keep them from school, they were incorrect. The citizens of Altus were steadfast that their children receive an education, and classes that year were held in the hayloft of Traweek’s livery barn and in a little frame building known then as the Aldrich building.

In September of 1903, the citizens of Altus passed a bond that $9,500 would be used to build and furnish a new school. Completed in 1904, an eight-room stone building was completed for $8,000 on the same block as the present Washington Elementary School, where the cornerstone still stands.  Leger/Altus was growing quickly and the school was soon full. With classrooms overflowing with students, the town held another bond issues. The issue was, at first, defeated, but it passed a few months later in re-election after women had been given the right to vote in school elections. The School building expanded to twelve grades. Shortly afterwards, a new building made out of brick was added to the original rock school. Classes were held in the brick half of the building for the students of Altus High School, while the elementary students met in the older rock building. In 1908, Miss Addie Fowler was the first graduate of Altus High School. The town continued to grow rapidly and a new high school was completed in 1920 on the corner of Broadway and Spurgeon,across the street from where McDonald’s now stands. It included an indoor gymnasium and science laboratories.

Located on the same site as the Washington Elementary School building, the left half of this early Altus school building was built out of rock in 1904, at a cost of $4,000.  The building housed grades one through eleven and was quickly overcrowded with students. As soon as women secured the right to vote in school elections, they helped pass another building bond, and a second half of the building was completed out of brick.  At that time, a twelfth grade was added and high school students were located in the new wing, while elementary and junior high students remained in the old wing. At the time this building was built, the town of Altus was temporarily called Leger.

Altus was still rapidly growing, and when a bond issue was passed, the present Altus High School was constructed in 1930 on the eastern edge of town in the country. This was the fourth high school that the town had built, which was completed for $240,000.

In 1941, Hightower Memorial Stadium was built as a WPA project. The football stadium was built using the rock from the Creta hills. When the school district became $80,000 short of finishing the project, Altus alumnus Wilbur Hightower offered to furnish the remainder of the funds as a memorial to his father, C.C.Hightower. The school board took him up on the offer and named the stadium Hightower Memorial Stadium.

Rapid growth in the city of Altus made it necessary to expand the Altus High School. In 1956, the AHS gymnasium, now called Cletus B. Street Field House, was added to the campus at a cost of $205,000. In 1960, a new auditorium, Eula B. Peterson Auditorium, was added to the campus at a cost of $227,000. In addition, the north and south wings of the high school were remodeled into classrooms. Other additions to the campus included a new music building, named Jewel Hall in 1963 as well as a new cafeteria in 1966 named after long-time superintendent Clifford Peterson. Beams  of laminated yellow pine weighing over 1,000 pounds each were installed over  the new cafeteria, using what was then a state-of-the-art building technique  for an arch 12-feet in height. When it was completed, the cafeteria was considered one of Oklahoma’s finest facilities of its kind. Furthermore, the Altus High School campus gained six more buildings, including Morris Foster Library, when Altus Junior College moved to its current campus north of Altus. Altus Junior College shared parts of the high school campus since 1926.

Altus Schools have always received phenomenal support from our community. In recent years, though, the citizens of Altus have gone above and beyond in their support for our schools. In August of 2008, MAPS for Altus, a sales tax in support of Altus Schools and the City of Altus, was approved by an overwhelming rate of 76 percent. For a community of this size, that was a remarkable accomplishment. Because of the generosity of Altus citizens, we are currently undergoing the remodeling of Altus High School.

Through the MAPS tax, $17 million has been made available for use on the AHS reconstruction project. The city/school combined sales tax issue was a first for Altus and also reflects the first time Altus Public Schools has received additional local funding for school construction in over 50 years.

The Altus High School renovation plans retained the exterior walls of the circa 1930 building, while gutting the building and reconfiguring the floor plan. The high school library/media center for years was located in Hightower Park across the street. It is now part of the newly renovated portion of the building. A 41,500 square-foot new classroom addition was added to the building as well. The new wing runs north to south behind the existing building, with a center atrium between the old construction and portions of the new. All classrooms will be equipped with the latest technologies, which will prepare our students to be lifelong learners, competitive in the global workforce. 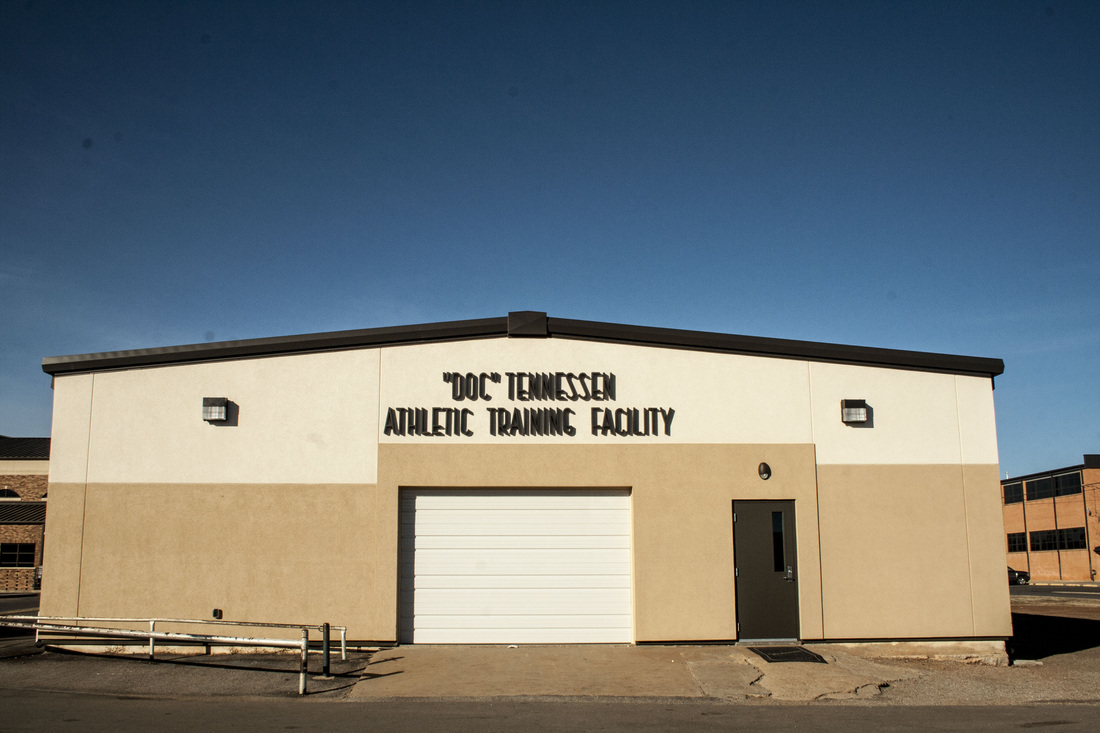 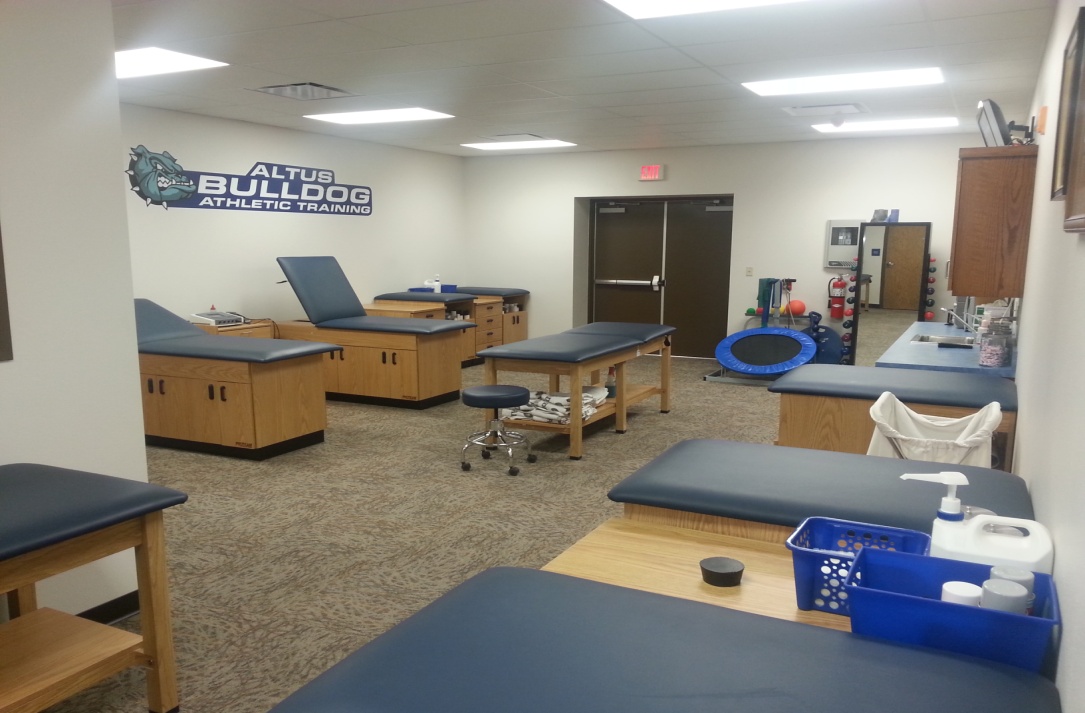